When you think of pizza, what springs to mind? Perhaps it’s cheese, thin base, crust, tomatoes and, one of our favourites, pepperoni? Or maybe it’s a sensationally spicy BBQ chicken? Or the classic Margherita might tickle your fancy? Well, the people who made these pizzas had other ideas that weren’t as plain and, well… ordinary.

The Peanut butter and Jam Pizza

At Cosmo’s, we like all of these things, but perhaps not together. It seems to me that they were never intended to go together. Bill, creator of this pizza, disagrees. Bill made this for his kids and they absolutely love it, so fair play to him! 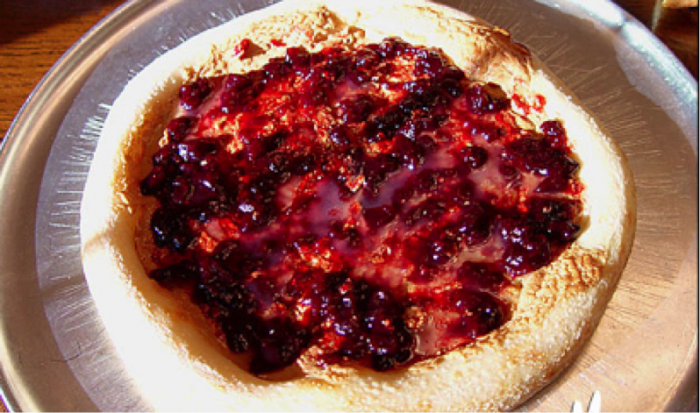 I’m not too sure on how I should feel about this one. One part of me is saying that it looks wonderful and probably tastes even better, whilst the other half is telling me after one bite it’s going to spur on a heart attack. It was made by a couple of friends who were watching the SuperBowl, carefully constructed using tonnes of burgers and copious amounts of bacon. 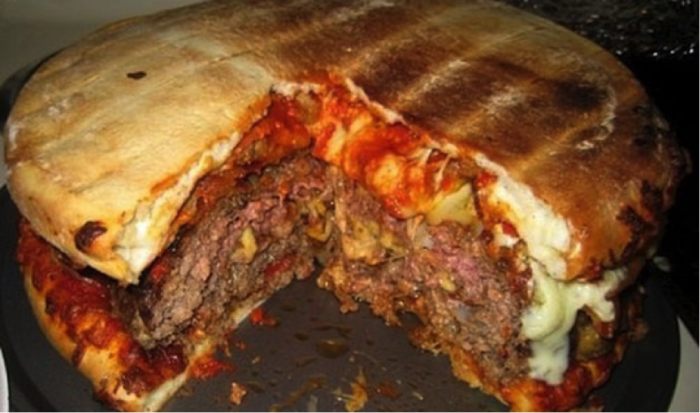 Now you may have seen these before, and we must admit they look pretty cool. A cone filled with pepperoni, tomatoes, cheese and other vegetables, which you eat like an ice cream. In the US a fast food company called Crispy Cones has based their entire restaurant on these conical creations! 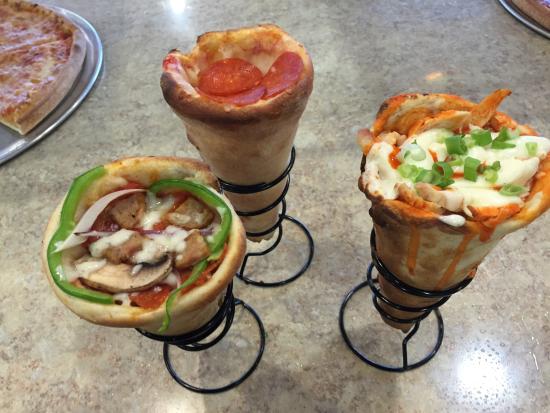 This pizza, at first glance, doesn’t look too out-of-the-ordinary at all. It is topped with chives, lobster, crème fraîche, and six different types of caviar and it sounds like the perfect feast for a fan of seafood. But there’s a catch… this pizza would cost you $1000. $1000 for a pizza, a pizza! As much as we love pizza, that’s taking it a little too far. But it does leave you wondering, did someone actually buy this? 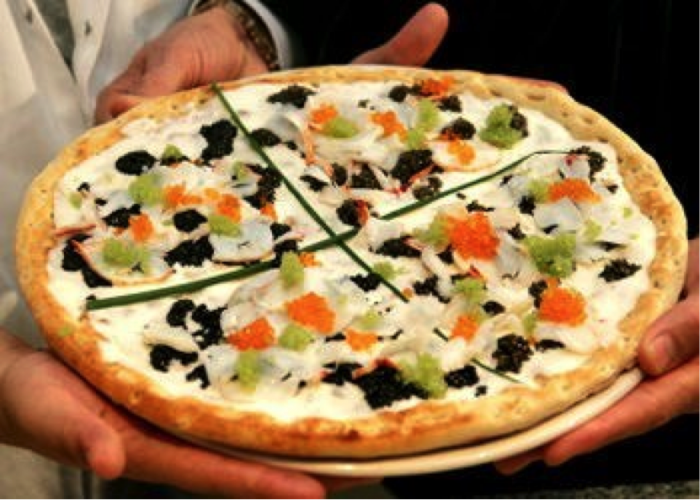 We have saved the biggest for last; the longest pizza ever made. It took over 60 chefs around 18 hours to create this beautiful monster, which was unveiled at Milan’s Expo 2015 world fair. Sitting at almost a mile long, all we can say is wow, that is a lot of pizza.